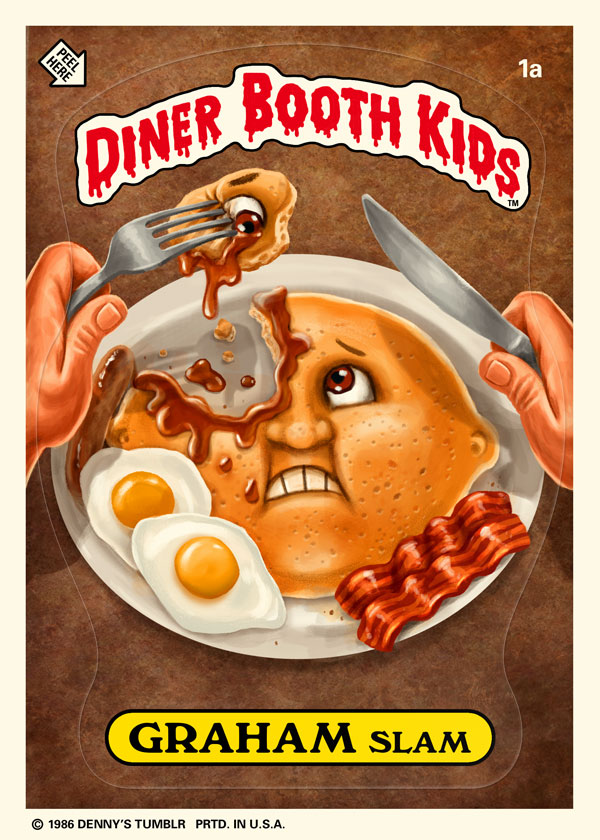 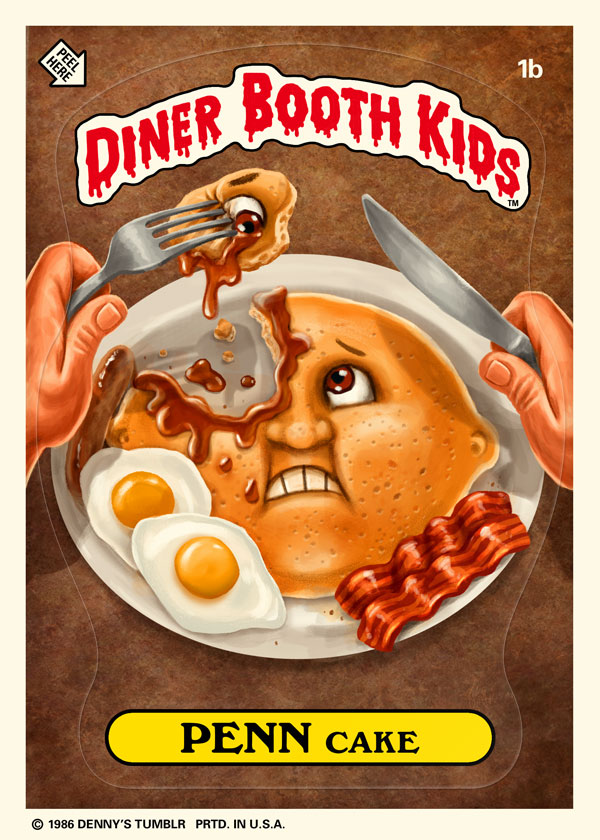 I never talk about it much, but believe it or not, coming up with new content every single day for a corporate Tumblr page isn’t easy. Well, let me clarify – making good content isn’t easy.

So, once I made all the food puns I could,  I decided to take things up a notch. I paid tribute my introduction to puns – the Garbage Pail Kids. The fun, gross and over-the-top cards were a staple for most 80s kids. They’ve always stuck with me, so I finally had the time and reason to paint my very own. I proudly present to you, the “Diner Booth Kids.” Just like the original GPK cards, I created an A and B version with alternate names – “Graham Slam” ( a play off of Denny’s iconic breakfast, “The Grand Slam”) and “Penn Cake.”

Surprisingly, this didn’t go over too well on the Denny’s Tumblr page. Most everyone had no idea what the joke was, but a few people caught on. Lots more were offended and disgusted that we would depict such violence to sell food. 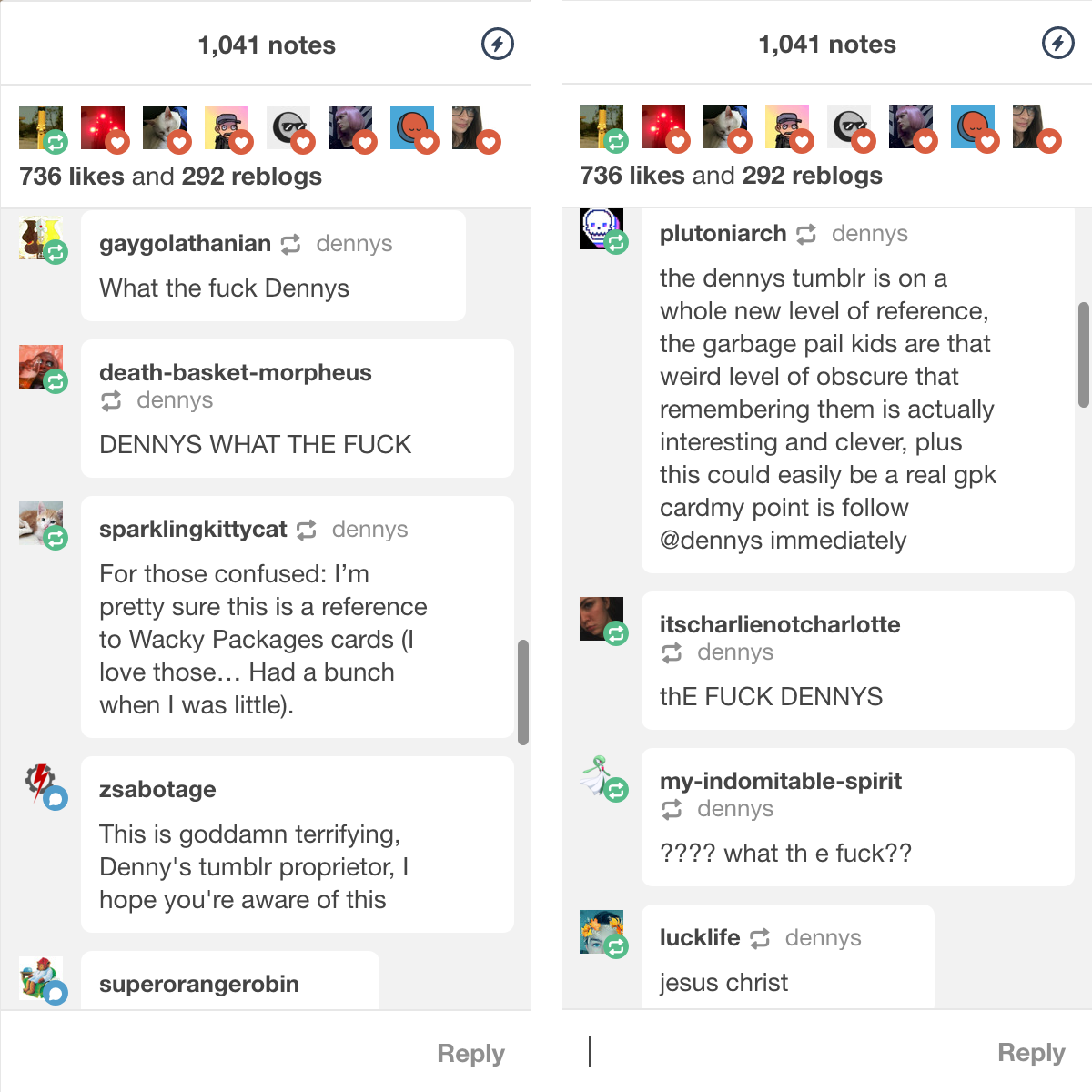 Justin Gammon is an illustrator and designer with a penchant for the weird. This is clearly visible in the bizarre illustrations and animations he creates for the highly lauded and award-winning social media channels for Denny’s Diner.

Give a F*ck This Holiday

Give a F*ck This Holiday