Buy the Rights
is a party game where players create their own movie pitches based on four decks of cards – genre, descriptor, hero, and plot. One player acts as the Producer while the other players act as the Screenwriters. Using the cards dealt, Screenwriters pitch their movies to the Producer, who then buys the rights to their favorite ideas.
I was tasked with creating the visuals for the game, including custom logo, icons, card designs, and box design. I decided to reinforce the fun, family-friendly personality using bright colors and custom, quirky illustrations depicting a few possible characters from the card desk such as a “Super Hero Elvis Impersonator,” “Kung Fu Fighting Cat Lady” and a “Morbidly Obese Circus Bear.” 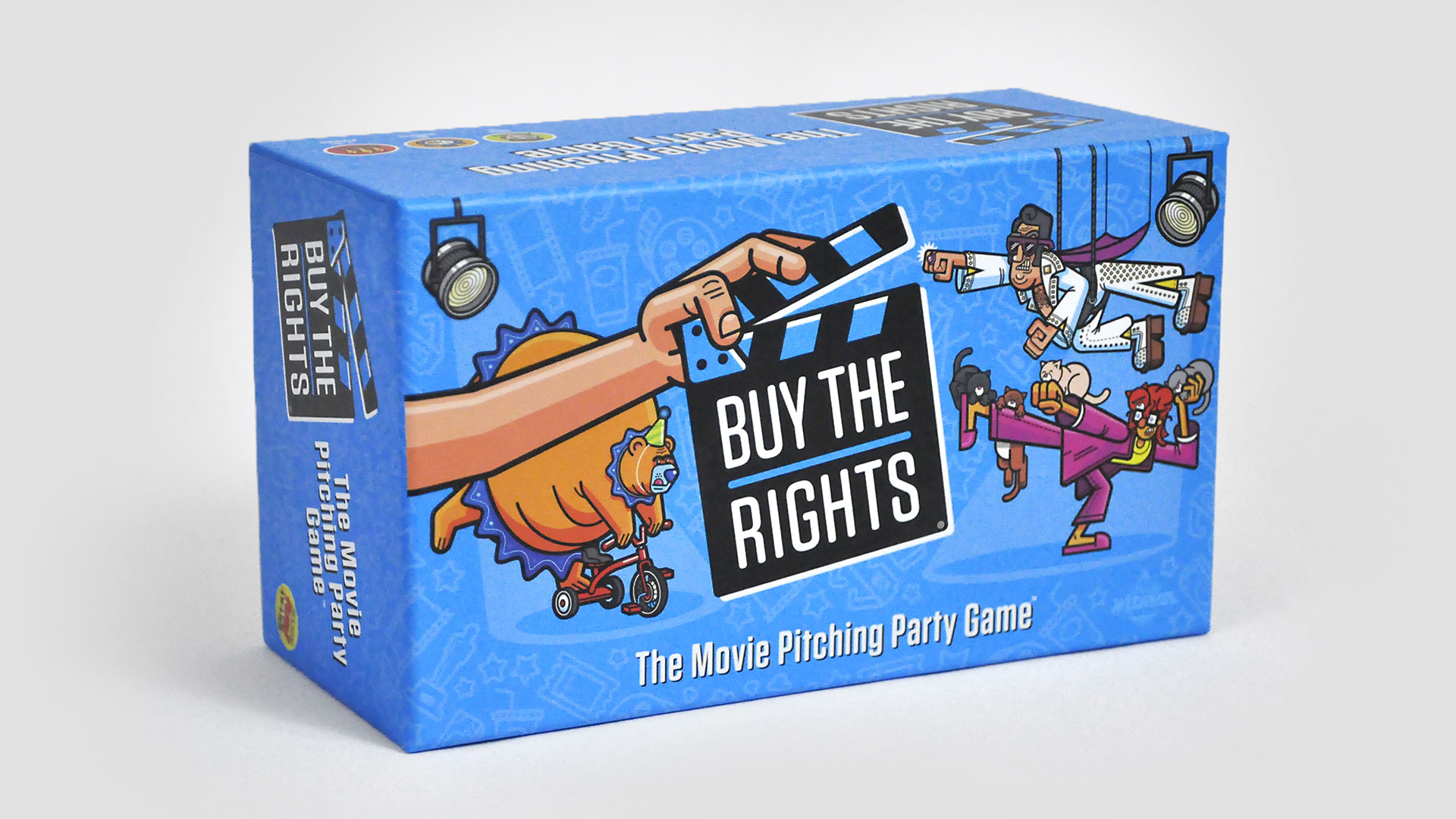 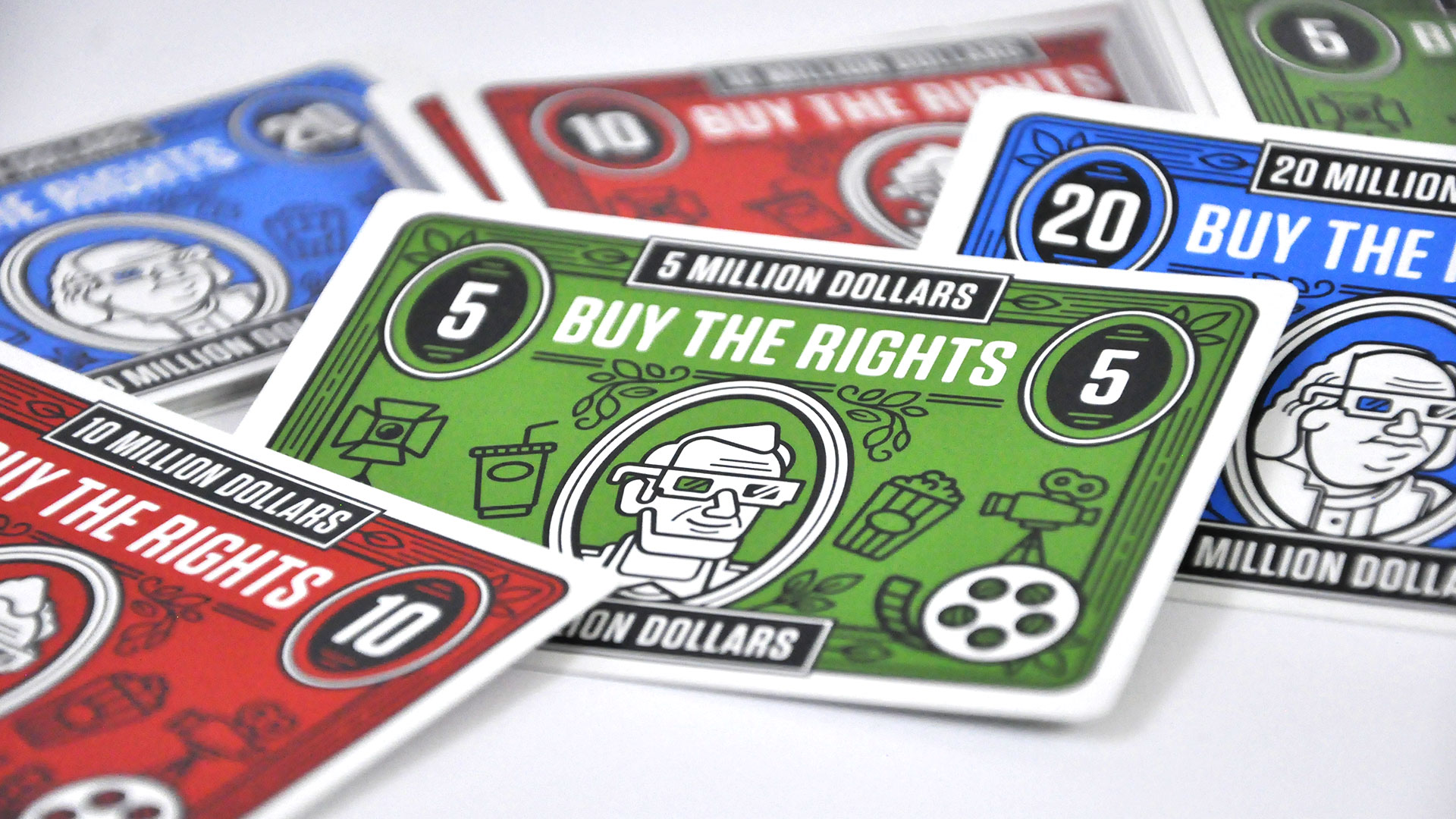 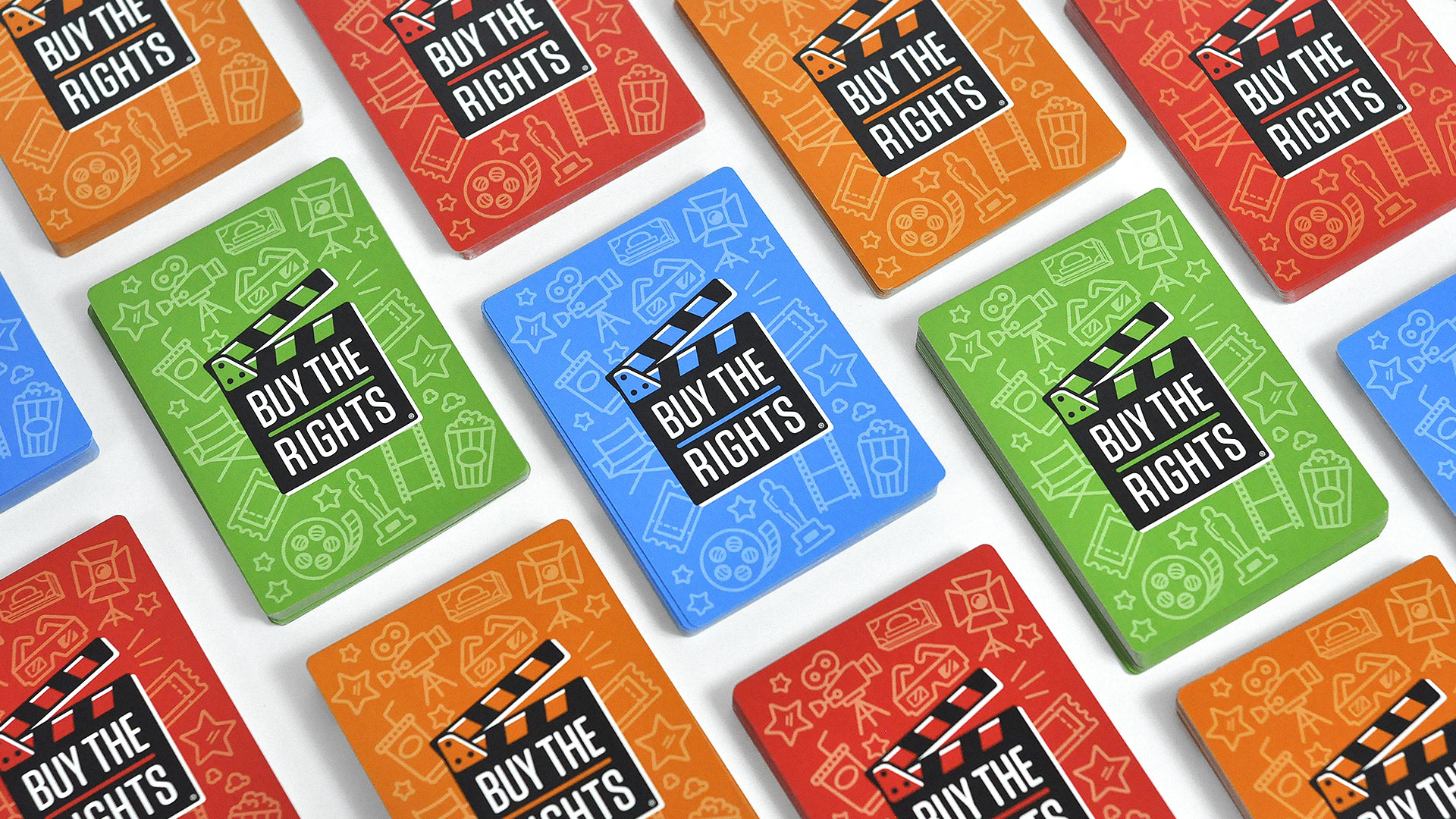 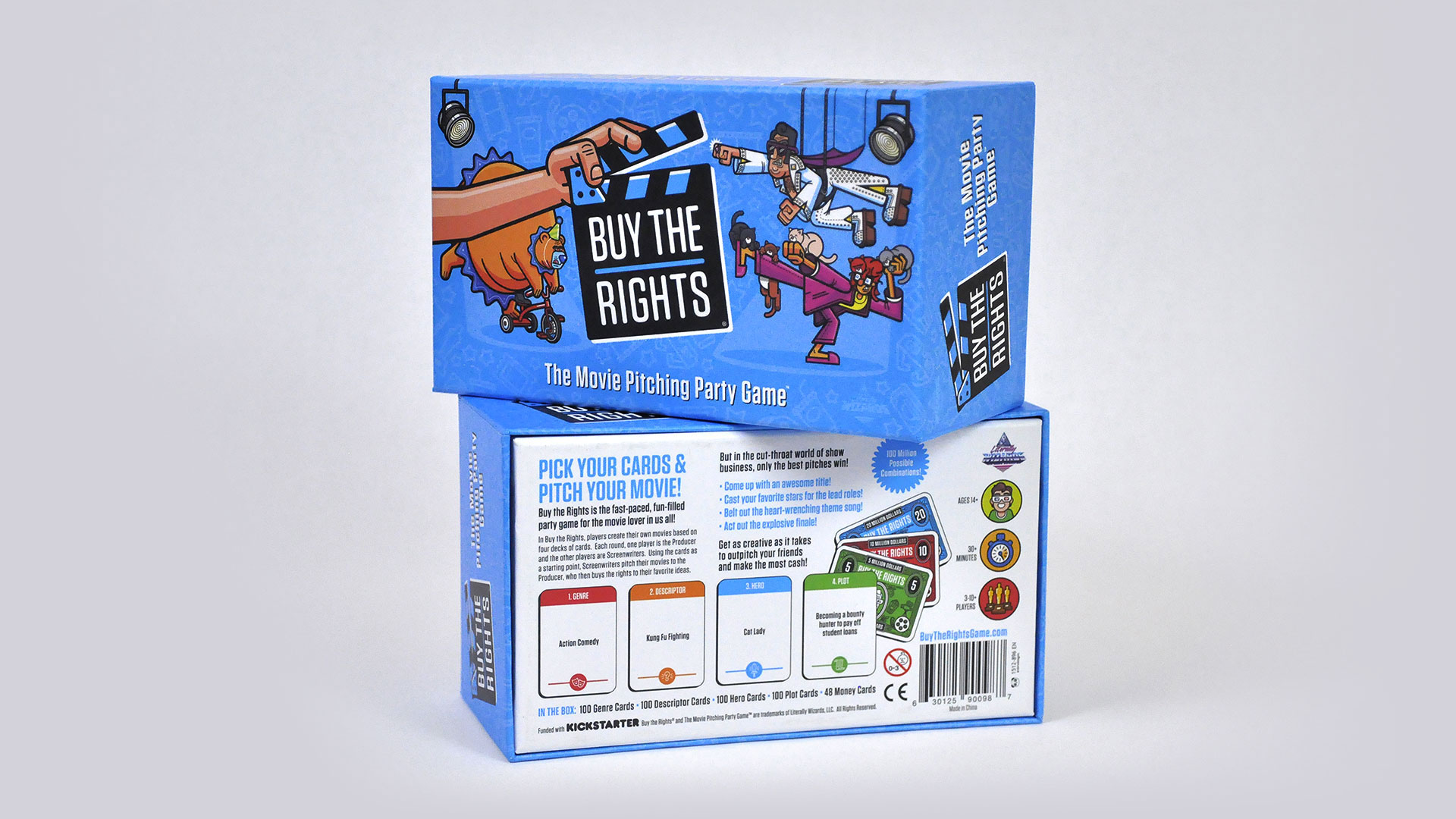