Mattel 2016 is an art show curated by Chogrin and hosted by Gallery1988 celebrating Mattel – the toy company who brought you classic properties like, Rock ‘Em Sock ‘Em Robots, Barbie, and Hot Wheels just to name a few. They also brought to the world a classic toyline that changed the landscape of toys and cartoons for decades to come – Masters of the Universe. As a child of the 80s, i grew up playing with these toys and have always had a fondness for He-Man, Skeletor, and their rag tag bunch of painfully punny names and battle gimmicks.

As fun and visually diverse the Masters of The Universe characters were, one in particular always intrigued me as a kid – Modulock. He was a modular toy that could be taken apart and rearranged into hundreds (if not thousands) of combinations. This drawing depicts him in his most complete form using all the arms, legs, and heads to complete the conjoined monster look.

My piece, Evil Beast of a Thousand Bodies, drew visual inspiration from multi-armed Hindu deities icons, and the inclusion of the Ouroboros echoes the concept of “infinity,” reiterating the virtually infinite combinations Modulock can be reconfigured to. Some He-Man fans may recognize that the serpent is actually Beastmonster from the Fright Zone playset where Modulock and his buddies hide out. 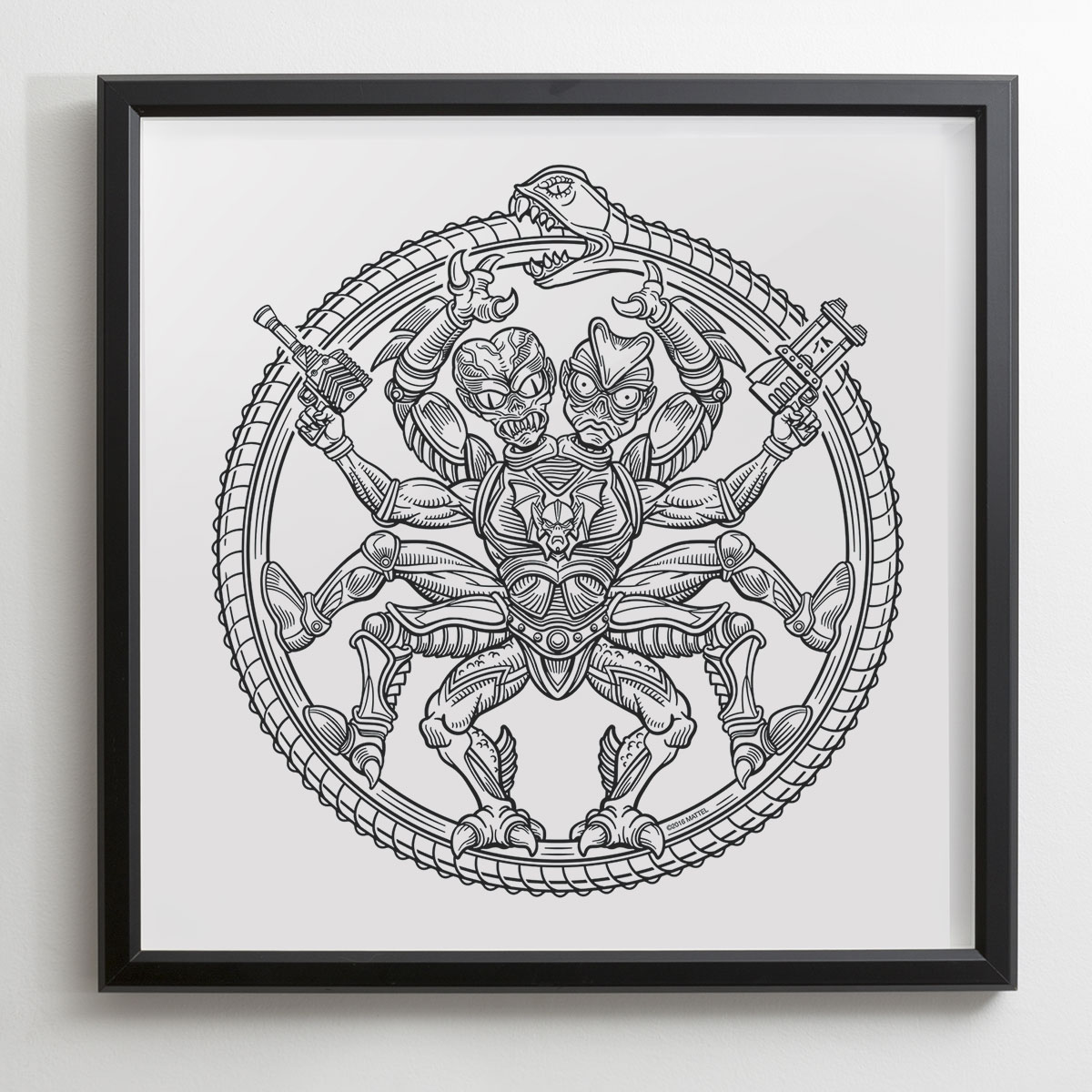