8 Bit and Beyond 2 – another awesome art show put on by Bottleneck Gallery and curated by Chogrin. The art show exhibited over 70 artists from around the world whose piece paid tribute to classic and modern video games.

Having the entire history of video games as your source of inspiration was a bit daunting. I grew up playing Atari, Nintendo and arcade games. As I racked my brain trying to decide the game I wanted to illustrate – a game I loved playing and replaying and would play to this day. Mike Tyson’s Punch-Out!! came to mind. The gameplay and character designs were unforgettable. It seemed like a fun,  iconic game with a fandom.

As one might expect, I went with the classic boxing poster cliche, but I changed things up a bit. The challenge I had was conveying the entire game and all of its characters. So instead of doing the traditional boxing event announcement like “Little Mac vs. Tyson” or another fighter from the game, I decided to make this more of a “tough man” type of challenge. It’s a poster where Tyson is actually hosting an event called “Punch-Out!!” and calling for someone strong enough (or dumb enough) to take them all on.  So, in theory, this is the promo poster that inspired Little Mac’s boxing training with Doc and eventual success in the game. 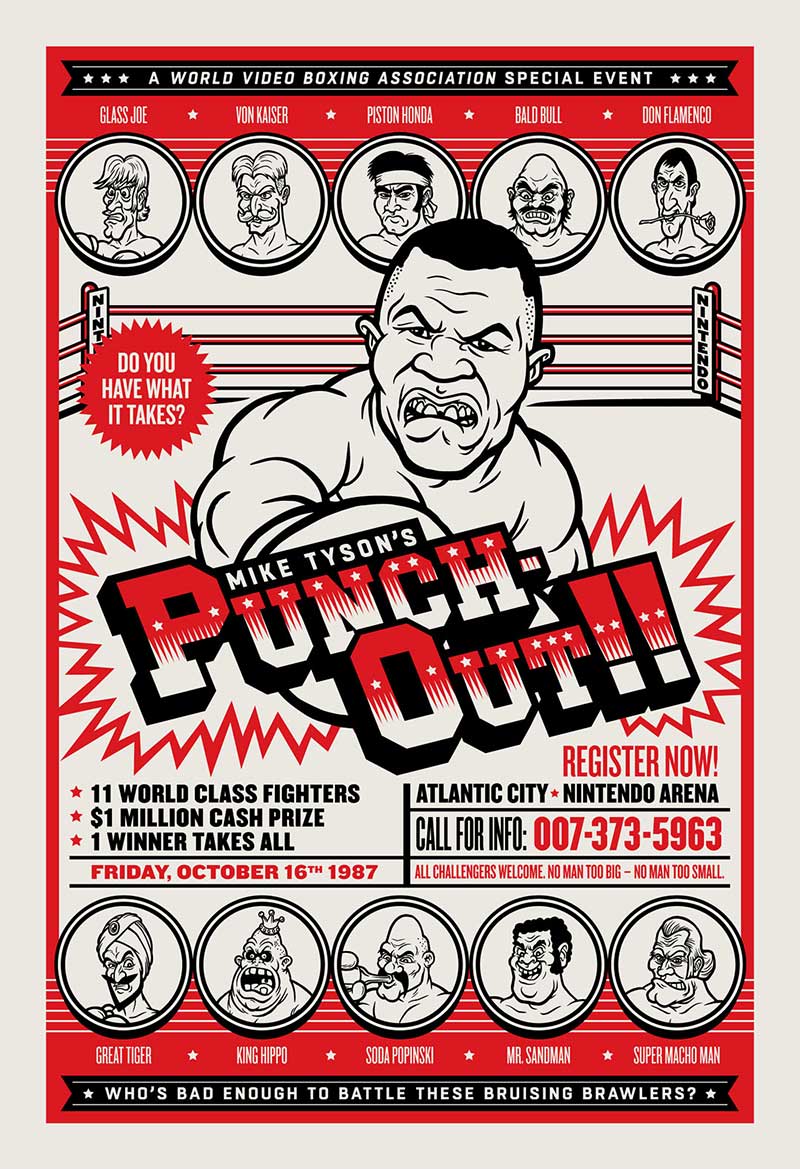 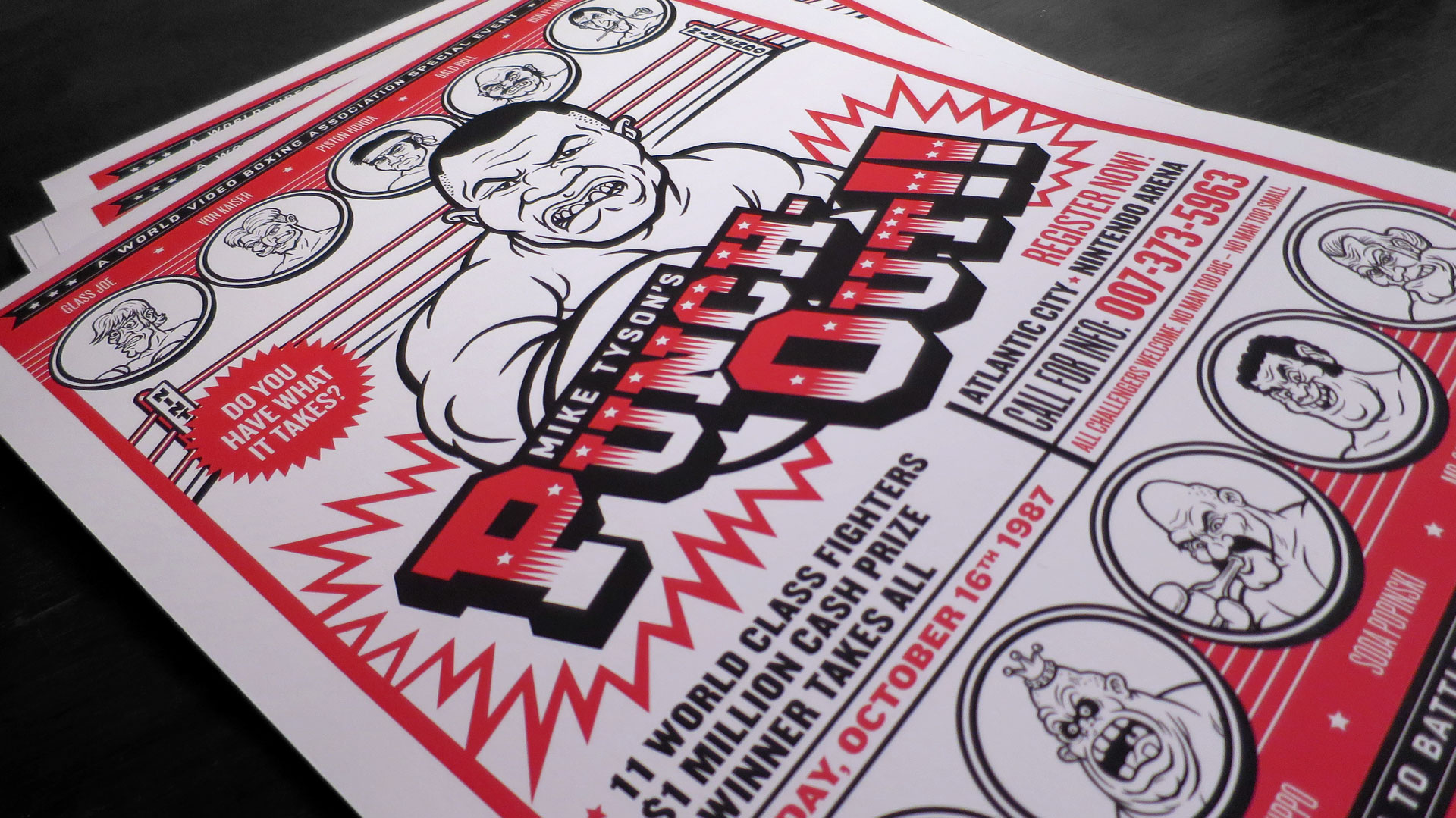 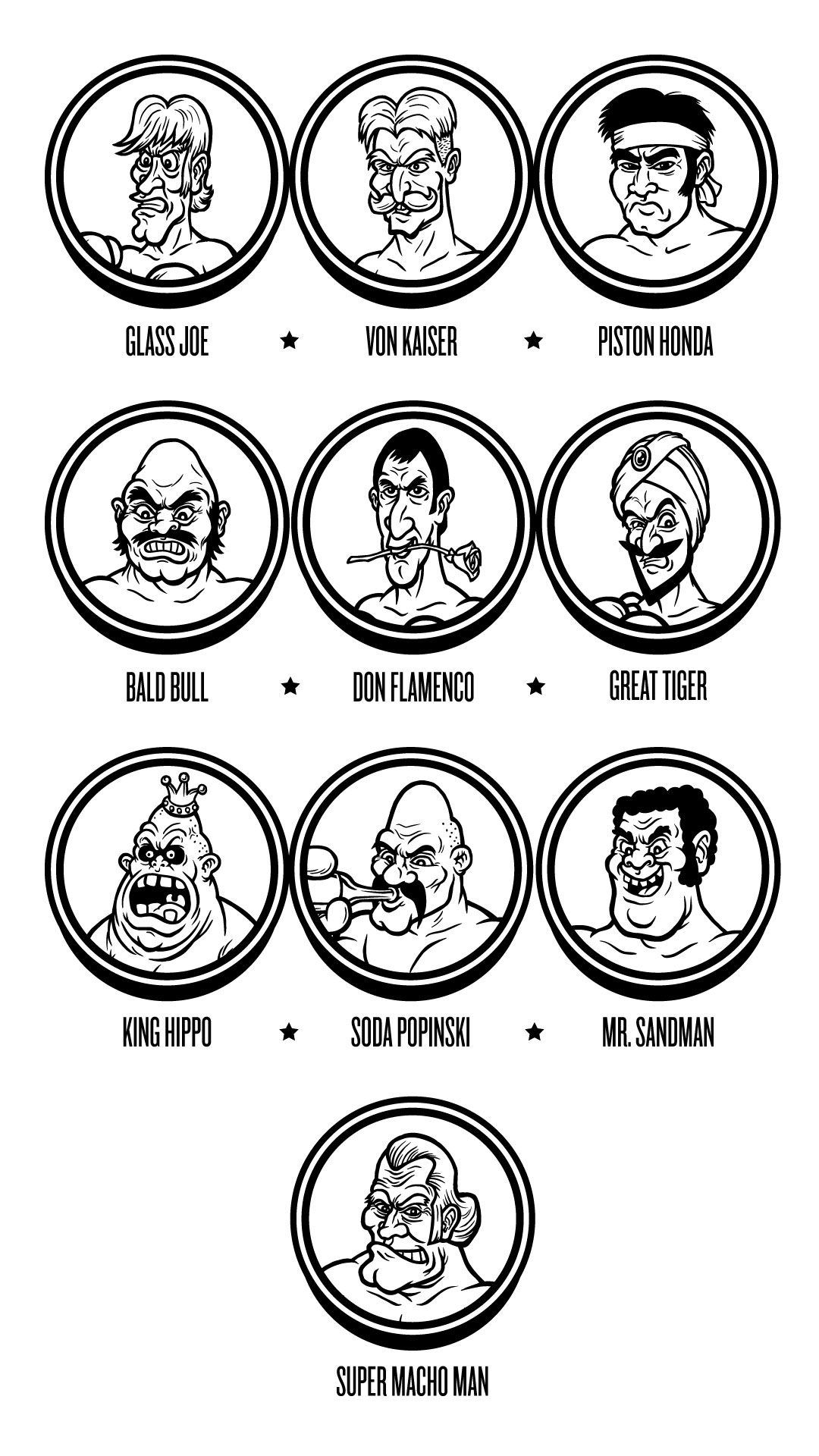